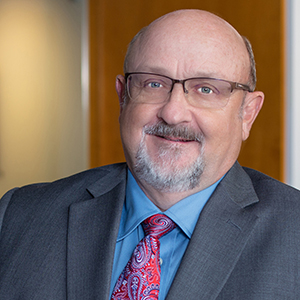 Building blocks of experiences have been assembled over the years to bring Kurt Barnard to the role of Senior Electrical Project Engineer for Somerville.

His dad was a general contractor who had all three boys working for him as they grew up, learning the building trade. Later, four years in the Navy taught him the importance of the electrical elements of a project.

A lifelong ease in remembering numbers – probably ingrained from the years of his dad yelling down measurements he had to memorize while they worked – helped him excel in school, where he explored several areas of emphasis in his electrical engineering degree and added a minor in business.

In the industry since 1988, Kurt has been exposed to a wide range of projects that have continued to build on his skill set. From telecommunication data distribution centers and sanitary facilities to remodeled hospitals and work on schools and industrial buildings, his portfolio is varied. He has built and designed computers, analyzed transmission lines for power companies, designed food plants and done electrical lighting – even run a branch office, which sounded prestigious but really meant a whole lot of late nights and extra work.

As an employee-owned company, Somerville’s 94 percent retention rate of existing clients resonates with Kurt. As a self-described “quality nut,” that ability to provide consistent high-quality work that keeps the client coming back appeals to him. As someone known for the kind of practical and common-sense approach to a project that makes everyone’s life easier, Kurt is always looking to improve on a job already well done.

A town of Berlin native, Kurt belongs to the Elks Club and Knights of Columbus and works into his busy schedule an annual Canada trip for the fishing. It’s a sport he loves, but these days his main hobby is his two grandsons and granddaughter. With memories of his mother spoiling his children, he can’t wait to do the same for his own grandchildren in his blended family, helping them create memories and building blocks of their own.