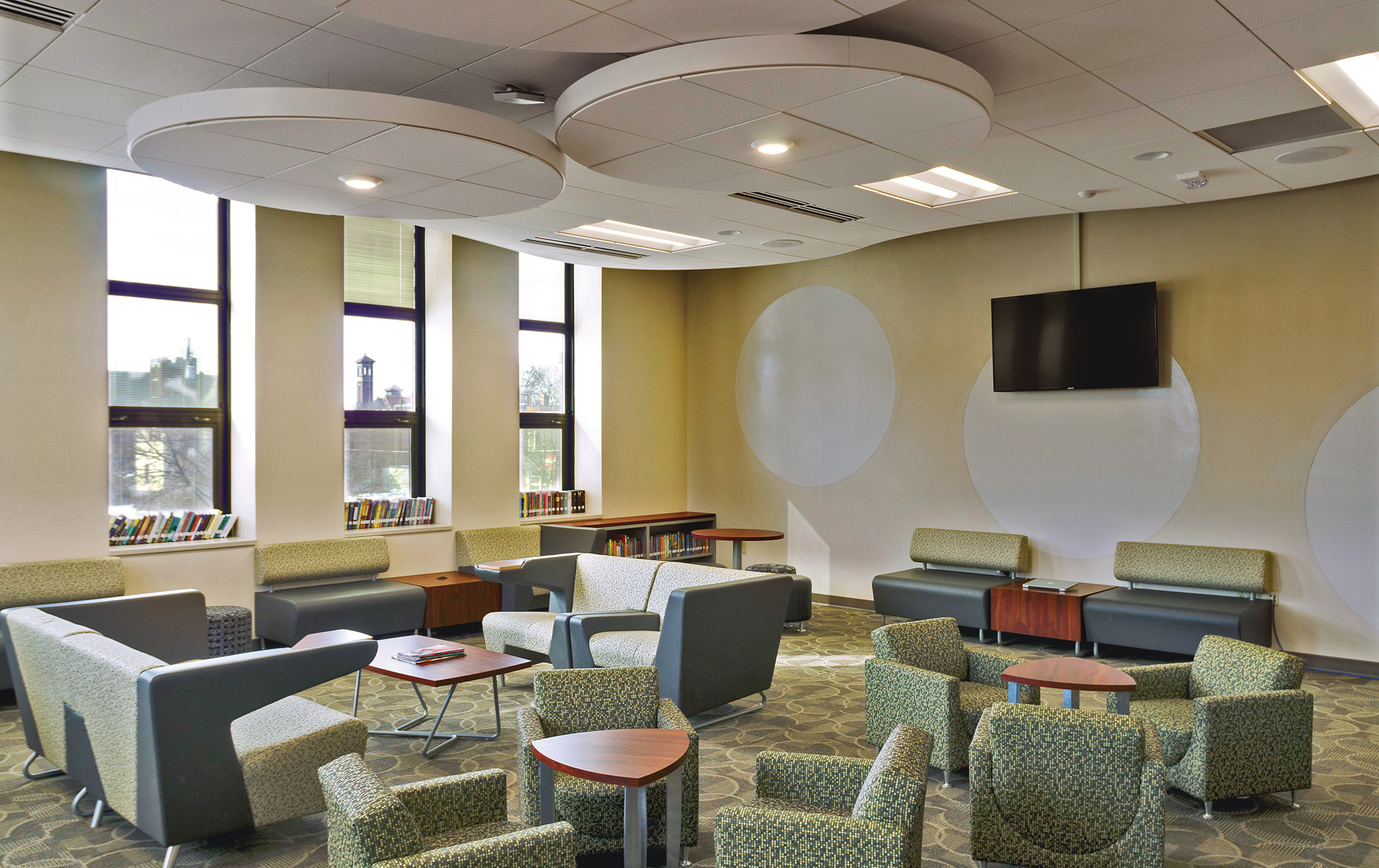 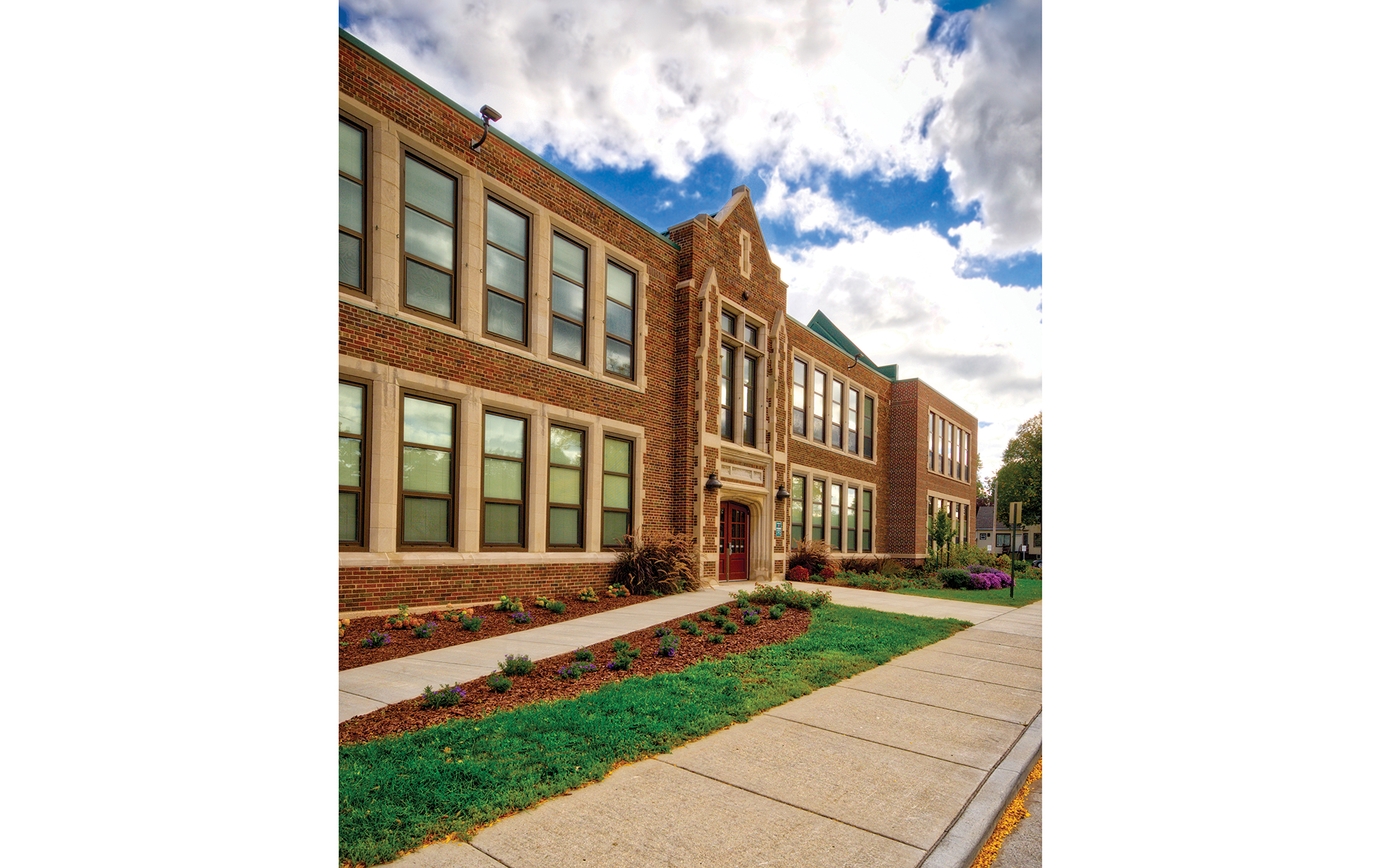 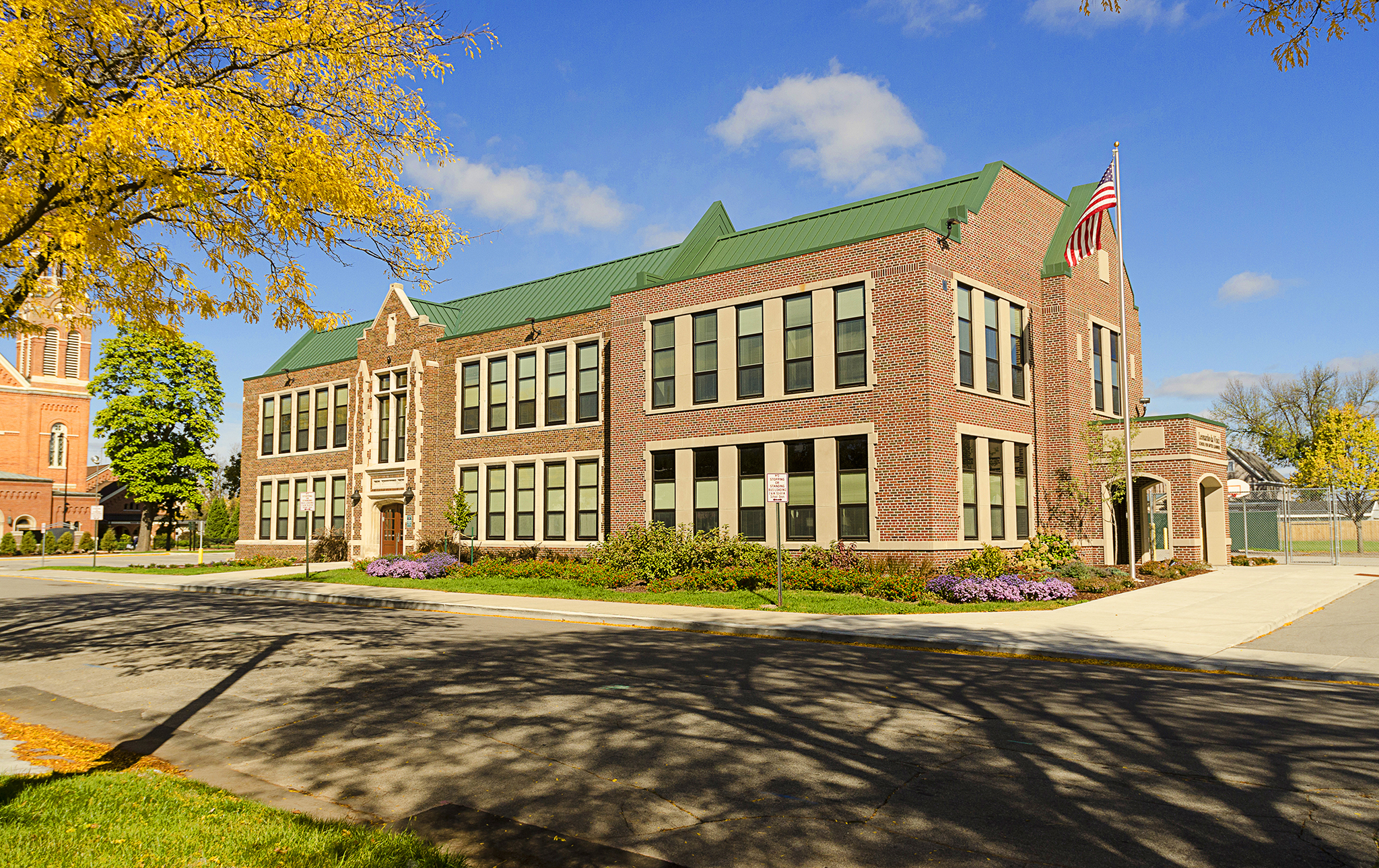 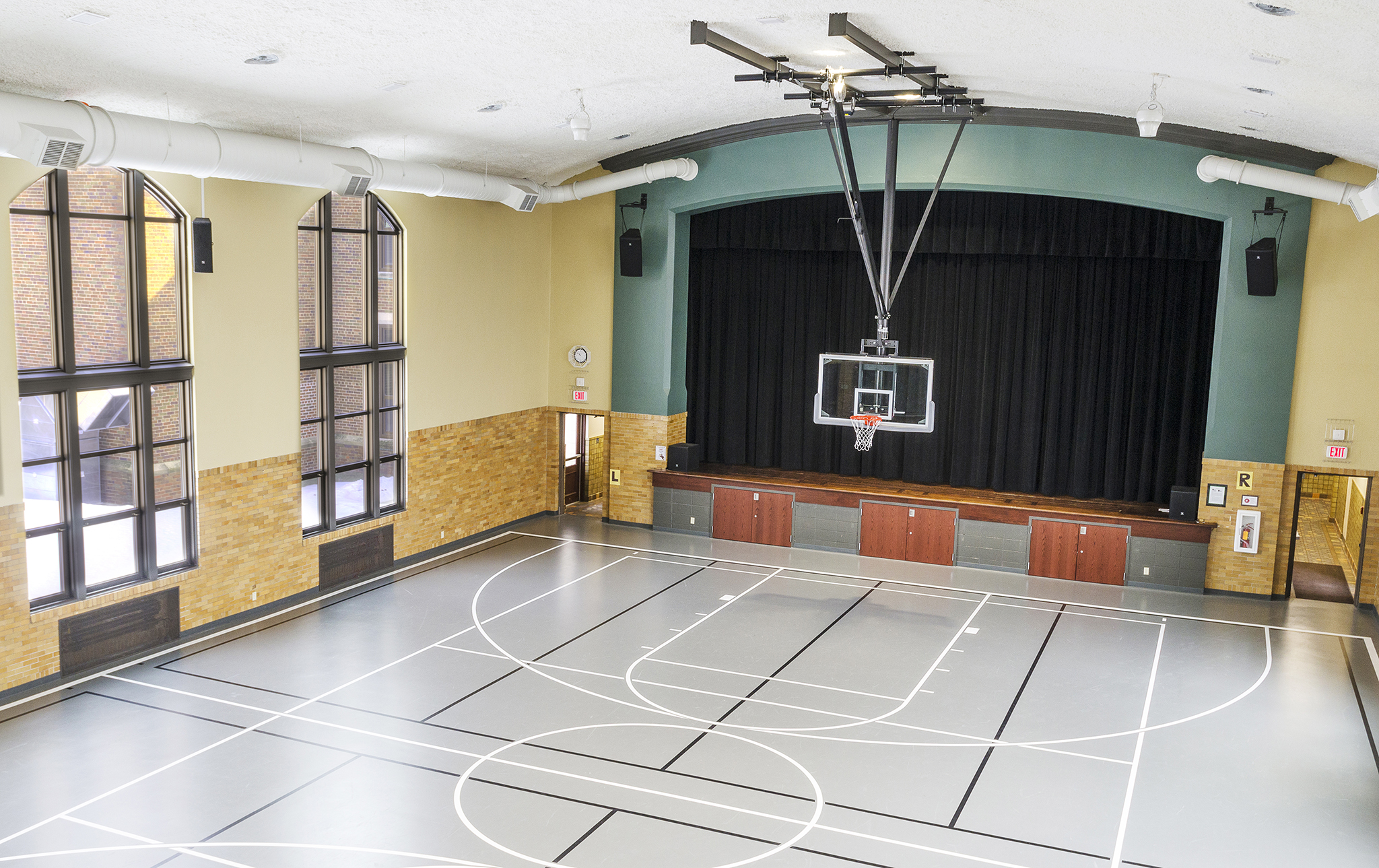 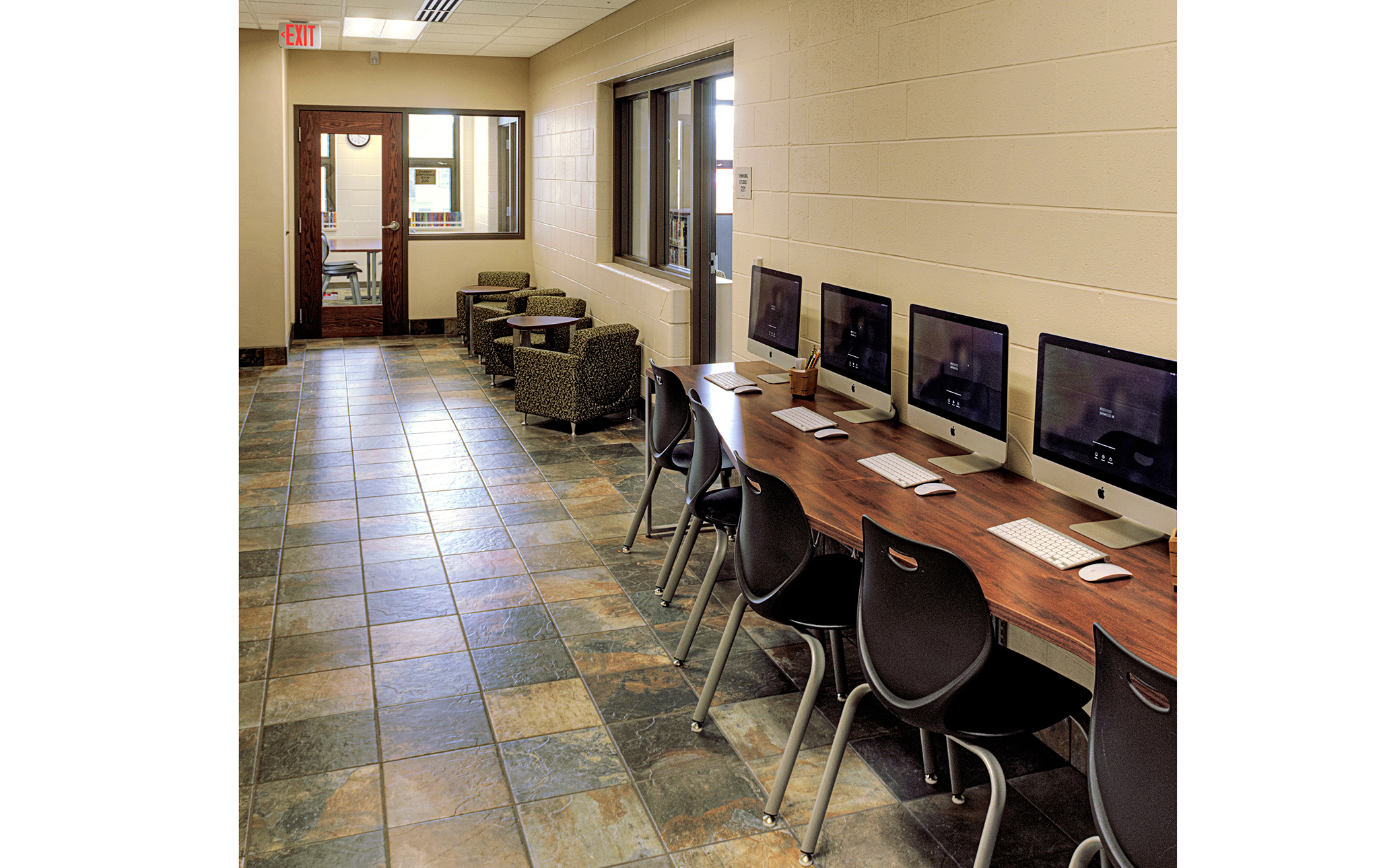 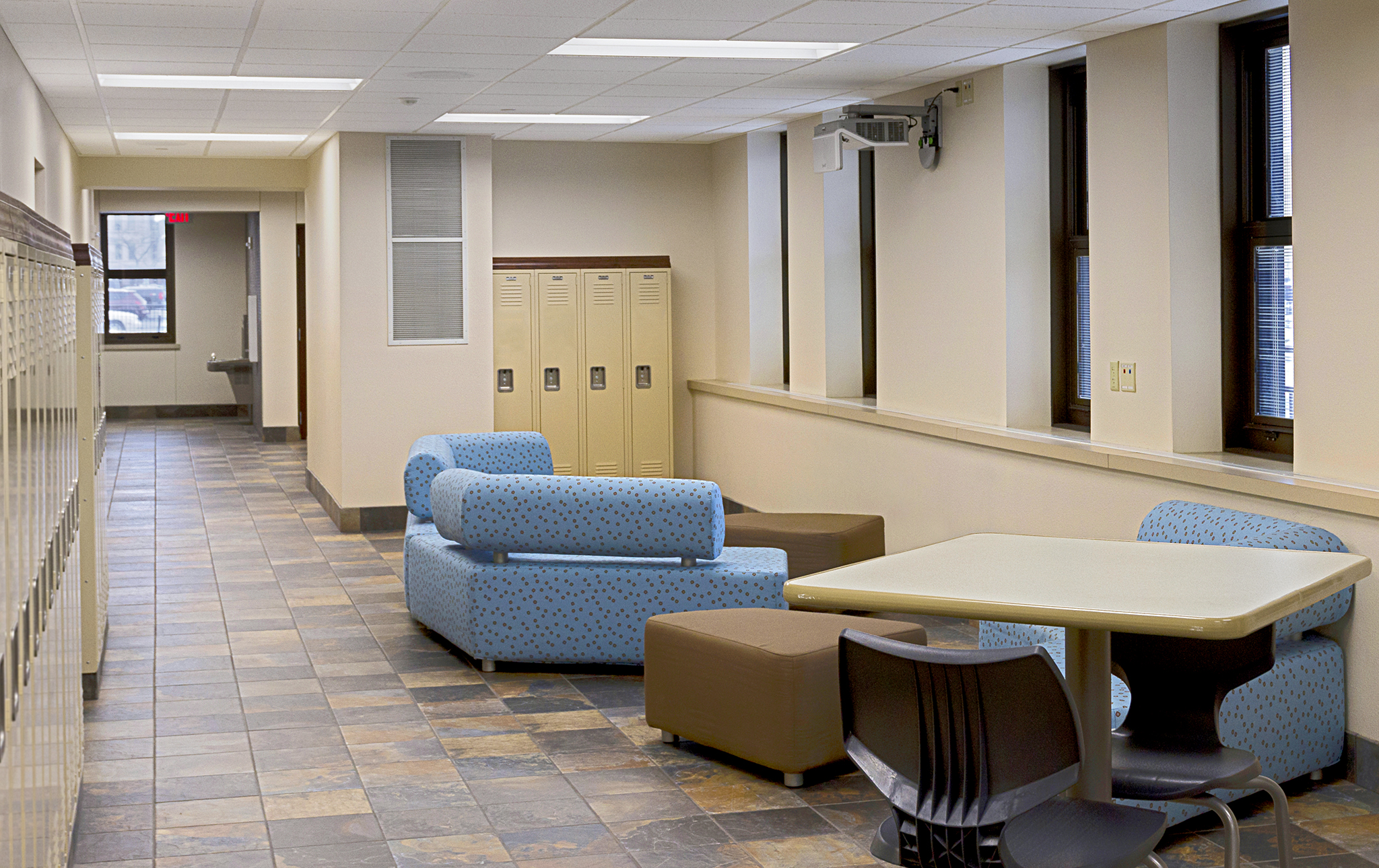 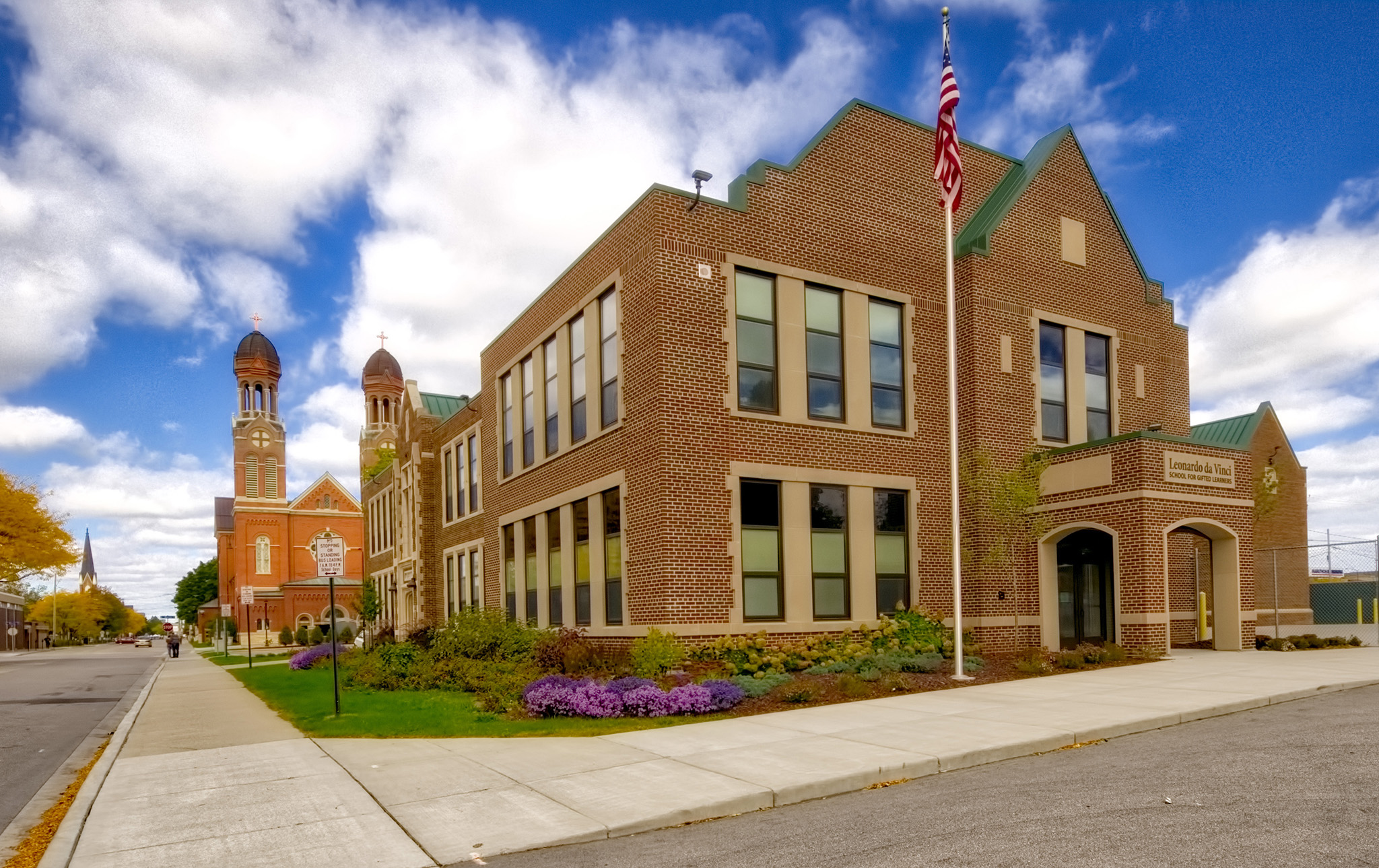 The Green Bay Area Public School District purchased the former St. Francis Xavier Catholic Elementary School to accommodate the increased enrollment in the District’s current Gifted Learners program at Langlade Elementary School. The program had 130 students, and the enrollment was expected to grow to 275 kindergarten through eighth-grade students by the following fall. Shortly after the District purchased the building, they began working with Somerville to provide the architectural and electrical design for this fast-paced project.

Phase 1
The 30,000 square foot existing school was remodeled, and a two-story 5,000 square foot addition was added as well as a mechanical penthouse. The design maintains the original character of the 1929 brick and stone exterior and retains the original decorative tile on the walls and floors. Upgrading accessibility and technology, as well as adding an elevator, secure entrances and office spaces were necessary components to the project. The design incorporates 21st-century learning spaces with a “thinking studio” and many flexible and collaborative spaces throughout. Somerville’s design keeps energy efficiency top of mind by including LED lighting and daylight harvesting technology. The phase 1 portion of the project was complete for the start of the next school year.

Phase 2
Phase 2 of the project started when the District purchased a neighboring building to the School and again hired Somerville to plan and design the expansion. The expansion project included gutting and remodeling the existing building and adding a corridor to serve as a link to the two neighboring buildings. The modern classrooms are flexible and technology rich. Each classroom includes an operable partition to the adjacent classroom to accommodate team teaching. The technology was incorporated into common space “people pockets” to provide student collaboration space outside of the classroom. Phase 2 was complete for the beginning of the following school year.